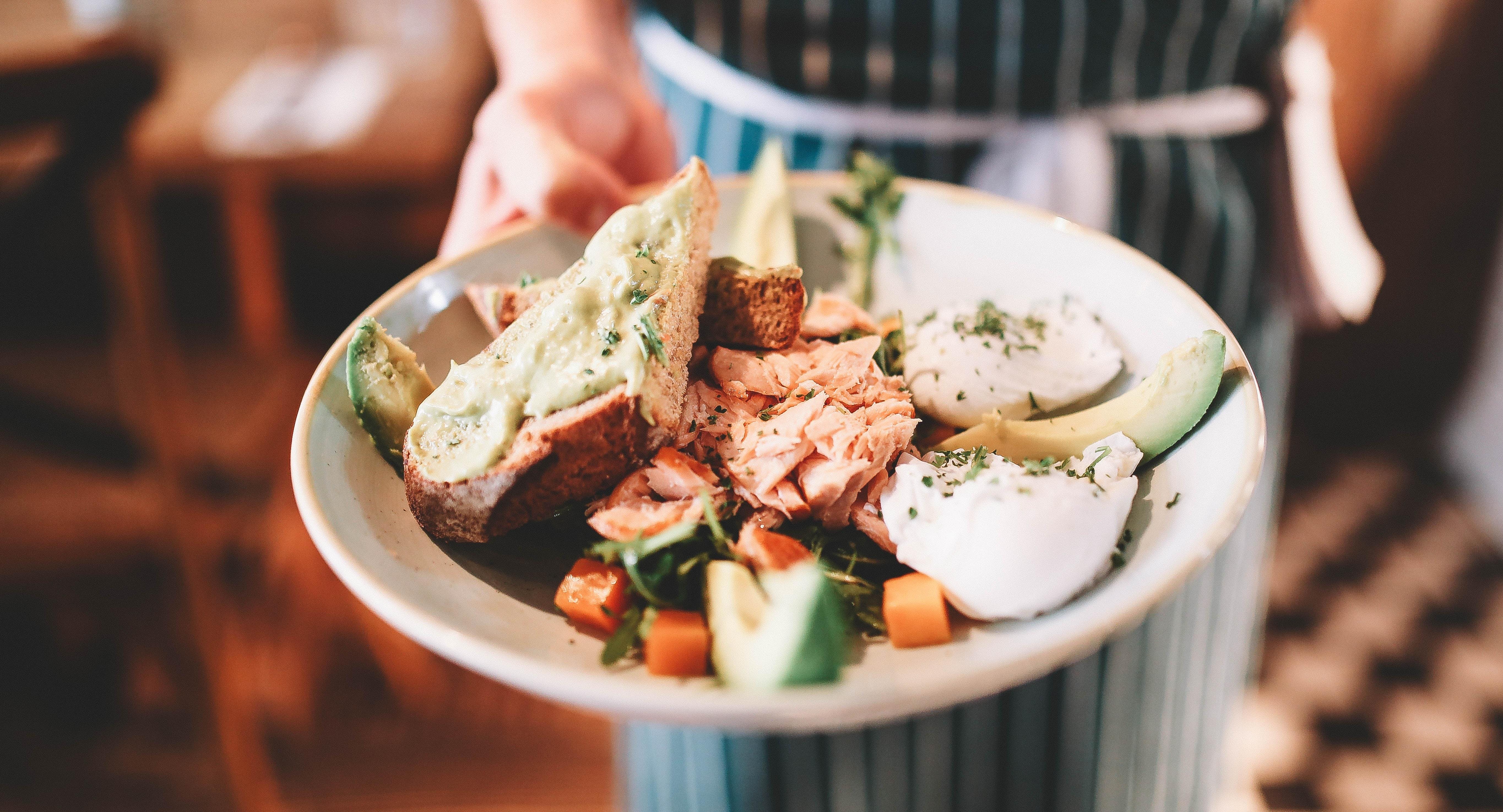 My partner and I had been looking forward to a revisit to The Crystal Palace Market. This was our fourth visit and previously we have enjoyed excellent service and incredible food. The food, as per usual, was excellent... however on this occasion the service really let us down. It was clear that there were some new staff on that night. We had a very lovely new waitress who served us wine, she was honest about it being her 1/2nd shift, but she was very friendly, polite and pleasant. The food came and we got stuck into our meals, great tasting and nicely presented. During the meal though a waiter was taking orders from the table behind, but he was so close to me that I couldn’t even move my elbow to use my fork. I tried to say excuse me but he wouldn’t listen, he took the whole tables orders from that position, I had to lean to my right and put my cutlery down. (He was clearly not a new waiter, as we’ve seen him before) I finished my plate before my partner, who still had a sizeable portion of her meal left. Another different new waitress then approached the table and asked me if I had finished, I replied yes, but before I could say anything more she cleared my plate and was about to clear my partners. We had to stop her, but by that point she’d already taken my plate and the rest of our side order off the table, so we had to ask her to put the side back on the table. She apologised but it slightly tainted the end of the course. We then decided to have a post meal cocktail instead of dessert. Another 3rd clearly new waiter took our order, nervous, but polite enough. Our cocktails came, but it was clear that mine had been made without the crucial ingredient (the alcohol) I ordered an old fashioned, but all that was in the glass was sugar syrup and bitters. I used to work at a cocktail bar during my early 20s and an old fashioned is one of my preferred choices, so I knew for a fact that it had been missed. I caught the eye of the waiter who’d previously leant over me and explained the situation. He immediately tried to argue rather than apologise, sniffing it before shrugging his shoulders. I again said that I was sure there was no alcohol in the drink and if I could get a new one. Begrudgingly he took the drink back. It took a while for the replacement to be brought back, but again instead of apologising, he just said ‘I’ve smelt it this time, there’s some in this one’. A tainted experience unfortunately, we probably won’t be returning soon. When you pay £60 a head you expect much better service. There was no option given to exclude the tip either.

Good food with interesting range of drinks served up by friendly staff in a relaxed environment - recommended.