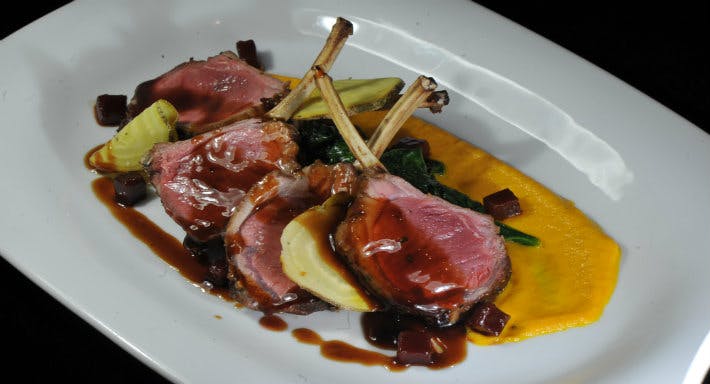 More about the restaurant: Le Vacherin

The vision behind Le Vacherin is to bring West London’s Chiswick a taste – an experience – of the Parisian bistro: affordable, simple French dishes served in an informal, intimate setting. You can find this kind of environment on Chiswick’s South Parade, as ideal for a romantic rendezvous as it is for a gathering of friends and family. Inside, a number of dining options await: an extensive and effortlessly authentic à la carte menu, two- and three-course prix fixe menus, special Sunday lunch and set menu offers, and, naturally, a great list of wines to match your meal.

Does the restaurant Le Vacherin has Outdoor seating?

No, the restaurant Le Vacherin has no Outdoor seating.

The menus at Chiswick’s Le Vacherin are regularly updated, reflecting the seasons, the availability of produce (fresh and locally-sourced is de rigeur here), and the whims of the masterful chefs in this French restaurant and bistro’s South Parade kitchen. Just as the produce that makes it to table is uniformly high-quality, the talents that craft Le Vacherin’s signature bistro-style dishes are hand-picked by executive chef Malcolm John for their commitment to the value of traditional Parisian gastronomy. This is some of the most true-to-form French dining in London and, as befits a bistro, dining here is not going to break the bank.

For a Christmas celebration to remember, Le Vacherin have created festive menus for parties of six or more – the perfect opportunity to bring friends and colleagues together to celebrate in style throughout December. Le Vacherin is also open on Christmas Day for a traditional turkey lunch for all the family and there’s late bar service until 2am on New Year’s Eve. All Christmas lunches and dinners must be pre-ordered.

While Le Vacherin’s set menus are popular options for those looking to be guided through an authentic French lunch or dinner at even more affordable prices, the a la carte menu is of course representative of this West London French restaurant’s offering. It’s a beautifully restrained and well-curated affair, with les hors d’oeuvres, les plats principaux, side dishes and novel sharing dishes (poaching a little from the Spanish tapas cookbook) neatly delineated. Classic entrees like escargots de Bourgogne make a showing, while other standouts include the Maldon rock oysters, the courgette flowers with crab and salmon mousse, Gruyere souffle, and the opulent red mullet aubergine caviar with crushed Provence tomatoes and basil. The most French of the main events have to be the confit rabbit with Agen prunes, Roquefort polenta and the assiette of Moulard duck magret with navarin and truffled potato gallette. That all said, we thoroughly recommend larger bookings at this superlative Chiswick restaurant to collaborate in the demolition of either the whole roast sea bass with buttered fennel and confit tomatoes or the 28-day aged chateaubriand steak with French beans, bone marrow, and – voila – pommes frites.