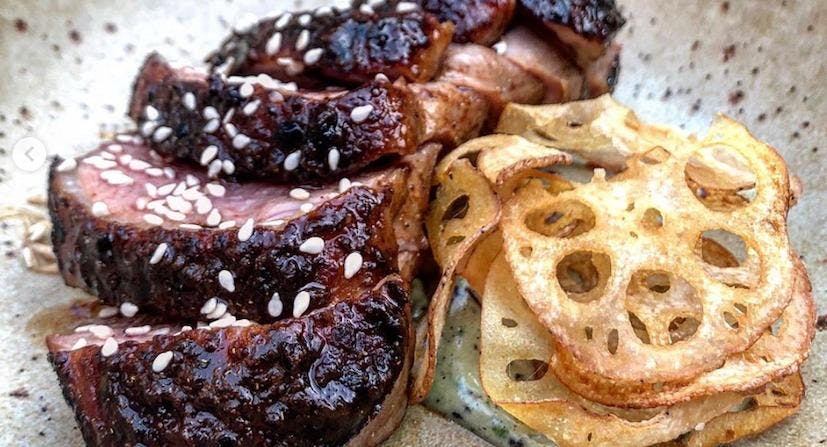 British food and drink is undergoing a renaissance, and at Pen Factory on Hope Street in central Liverpool, they are riding the crest of that wave. Culinary entrepreneur Paddy Bryne – once of the bistro at the Everyman Theatre next door – and head chef Tom Gill have built a menu of small plates that changes twice daily to ensure diversity and freshness, as well as an extensive repertoire of beers, wines, cocktails and desserts. A great spot close to the many attractions of the city centre’s Rodney Street conservation area and the Georgian Quarter, bookings are advised.

Paddy Byrne and Tom Gill are old hands in the Liverpool restaurant trade, with years of experience. They were previously involved at the iconic Everyman Theatre bistro just next door, and their latest effort in the city centre’s award-winning Hope Street Quarter (north of the Georgian Quarter proper), the Pen Factory, has the potential to be even better. The ethos is based around small plates to share – with an emphasis on British cuisine – and a beer menu and wine list built to go with the food.

The food at Pen Factory is predominantly British in origin, but with plenty of variation. Cheese & onion crisp butties, potted shrimps from Southport and broad beans are combined with traditional tapas favourites – patatas bravas, kikones, chorizo – and small plates from further afield, such as baba ganoush, chicken and chickpea curry and chilli linguine. Central Liverpool has few places that can compete with the Pen Factory’s menu, and this hasn’t been lost on the foodies scouring the city centre: so make sure you book a table in advance to avoid disappointment.