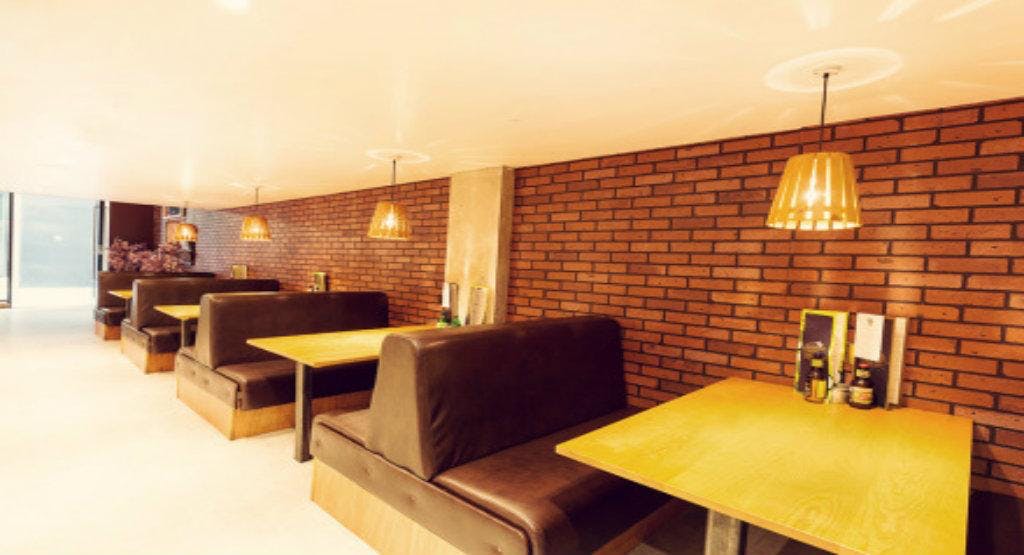 About Pie and Ale

More about the restaurant: Pie and Ale

Manchester’s Pie and Ale is serving some of best British specialities in the city. Brought to you by the same folks who established the beloved Bakerie, Pie & Ale is a Manchester restaurant and bar serving traditional English pies and exotic meats like zebra and crocodile. This comfortable restaurant and pub, which features exposed brick walls and sleek modern lighting, offers a wide range of craft beers, plus a lengthy menu of whisky and spirits. Pie & Ale can be found along Lever Street, situated just off of Stevenson’s Square in the Northern Quarter.

Does the restaurant Pie and Ale has Outdoor seating?

Yes, the restaurant Pie and Ale has Outdoor seating.

Does the restaurant Pie and Ale serves British food?

Thinking about making a Pie and Ale booking?

‘It’s all about the pie’ is the motto over at Pie & Ale in Manchester, where diners can indulge in some of the city’s best traditional British eats, fine craft beers and exotic meats. With two bars offering eight different cask ales from local craft breweries, plus Pie & Ale’s own Yippee Pie Ale, this local establishment offers a cosy rustic setting in which to knock a couple back with good friends and great food. Its location in Manchester’s hip Northern Quarter near the city centre makes it the perfect location for an evening out to remember.

As their motto states, it really is all about pies at Pie & Ale in the Northern Quarter. Some favourites off the food menu here at Pie & Ale include the steak & yippee ale pie, the hunters pheasant pie, and the exotic game pie, stuffed full of wild boar, venison and pheasant. Vegetarians are also taken care of here and are encouraged to try the vegan white bean, kale and butternut squash pie or the three cheese and ale pie. Aside from pies, Pie & Ale offers up an array of bar snacks like hot buffalo wings and sticky pork bites, as well as desserts such as the decadent dark cherry and pancetta brownie served with vanilla ice cream. Don’t wait any longer to indulge in the city’s finest pies and beer at Pie & Ale in Manchester, found along Lever Street in the heart of Manchester’s Northern Quarter.