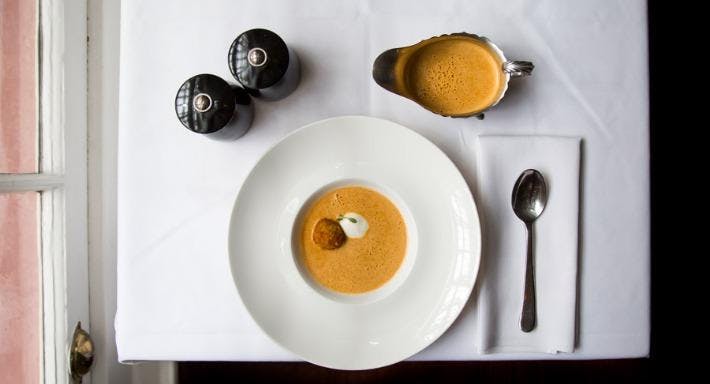 About Chamberlain's of London

Chamberlain's of London is a spectacular fish and seafood restaurant steeped in tradition, and Londoners are very lucky to have it right on their doorstep. Situated in the historic Leadenhall Market, the fresh fish and seafood served up at Chamberlain's Restaurant is selected daily (a mere four miles away in Billingsgate!) by fourth generation fishmongers, Chamberlain and Thelwell. Having been in business since 1940, the Chamberlain’s City of London team have years of expertise under their belt and it shows in the premium dishes they serve up. So whether it’s chilli squid with pineapple, scallops, seared tuna or Scottish lobster cocktail you’re after – this must be the place.