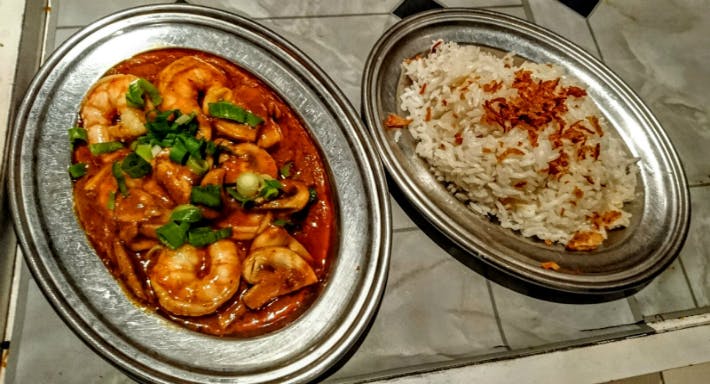 Mandalay Golden Myanmar in Kilburn certainly knows how to cook up a storm. Burmese food has as long and storied a history as the country itself, and it reflects the Asian fusion influences that have been brought to bear on the South East Asian country over the years. Indian, Chinese, Thai and British influences appear, and are applied to local tastes and cooked with local ingredients. Rangoon might be a long way from London, but at Mandalay Golden Myanmar on the Kilburn High Road in Kilburn – close to Brondesbury tube station – will transport you to this exotic spot in more way than one. Bookings are essential.

The road to Mandalay begins at the Mandalay Golden Myanmar on the Kilburn High Road in Kilburn, where the hungry and curious foodies of London can experience the many Asian fusion strands that come together to make Burmese cuisine. From the north and west come Indian influences, in the form of curries, Chinese cuisine has brought noodles and stir-fries from the east, and from the south come Thai fish sauce and the use of rice. The sheer diversity of culinary influences are apparent at Mandalay Golden Myanmar and will have you in a Burmese daze.

When we talk about the Indian, Thai and Chinese contributions to Burmese cuisine, we are talking about the internal geography of Burma. The eastern and central parts of the country, around Mandalay – from which the Mandalay Golden Myanmar on Kilburn High Road in takes its name – use more noodle dishes, and far more pork. Mawlamyine in the south is known as the heart of Burmese cooking, and they take in Thai influences and plenty of seafood, sandwiched as they are between the Thai border and the sea. In the north, the proximity of Bangladesh and India bring samosas, pakoras, curries and breads. Book a table now at Mandalay Golden Myanmar in Kilburn for a meal quite unlike any other Asian fusion restaurant in London.