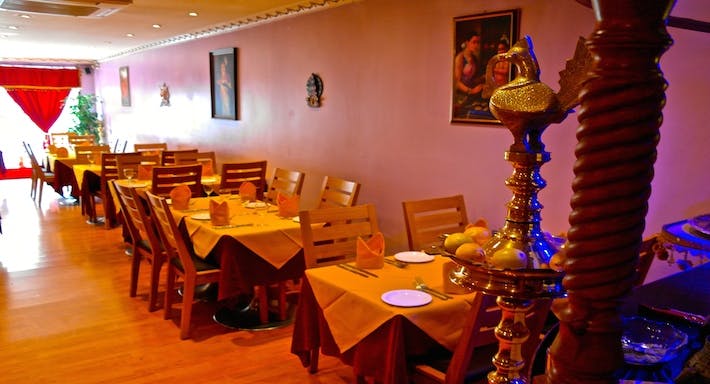 Special promotion: Shilpa is currently offering 25% off all food until 31 October 2020!

So many of London’s Indian eateries are generic affairs, pulling in customers who are simply too tired of pounding the pavement in search of something, anything spicy enough to ward off the innerscape equivalent of London’s drizzle. Therefore, it’s always heartening to find an Indian restaurant that is a proper specialist. Shilpa Indian Restaurant is one such place, with an intimate understanding of South Indian cuisine and dishes typical of Kerala in particular. Located down Hammersmith’s King Street, close to Ravenscourt Park tube, Shilpa is a good place to hunker down with vegetarian and non-vegetarian delicacies from the historic home of India’s spice trade.

Shilpa is an award-winning South Indian restaurant, with expert chops provided by their (yes, award-winning) head chef Sunny Kuttan, who honed his skills in the Taj family of luxury Indian restaurants. This London eatery focuses specifically on the regional cuisine of Kerala, an eastern state that has been a centre for the global spice trade for centuries, and Shilpa’s relatively narrow mandate when it comes to Indian cooking has allowed this Hammersmith restaurant to concentrate on perfecting a few, very particular signature dishes. Unsurprisingly, given Kerala’s long coastline – known as the Malabar coast – seafood features prominently. Grilled sea scallops, king prawns cooked with green mangoes and coconut milk, and banana-leaf-wrapped grilled sea bass are just some of the tropical delights that you can find at this King Street eatery.

But it’s not all clams, crab, prawn, lobster, mussels, cuttlefish and squid being shaken down with the Bollywood treatment down at Hammersmith’s Shilpa Indian Restaurant. Central Keralan dishes like the little-known erachi mappas – a succulent lamb specially prepared with a mix of freshly ground spices called erachi kootu – are also on the menu. And vegetarians in London take note, the Keralan take on South Indian cuisine emphasises a great variety of vegetarian options. Beyond the popular Keralan snack of banana chips (found in a supermarket near you) and the prevalence of coconut (it’s a beachy place), Shilpa does at least a dozen vegetarian mains for you to enjoy, meaning you’ll be coming back to this Hammersmith gem many a time to try out the cheera parippu thalichathu for example, a dish of lentils and spinach cooked with garlic and shallots and tempered with mustard seeds and curry leaves (this last another ubiquitous part of Keralan cuisine).