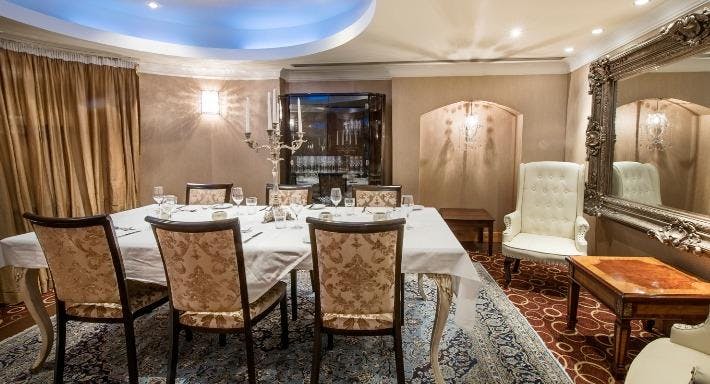 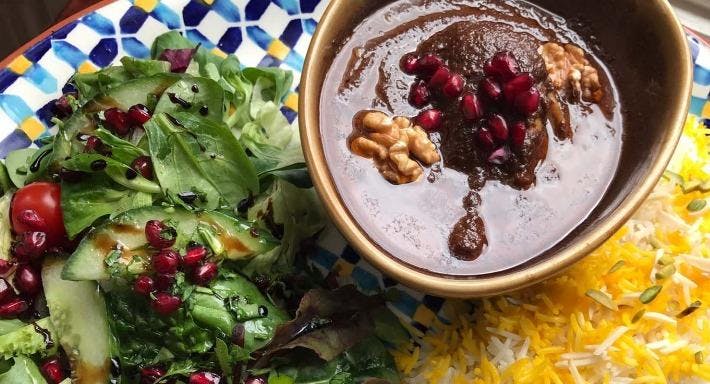 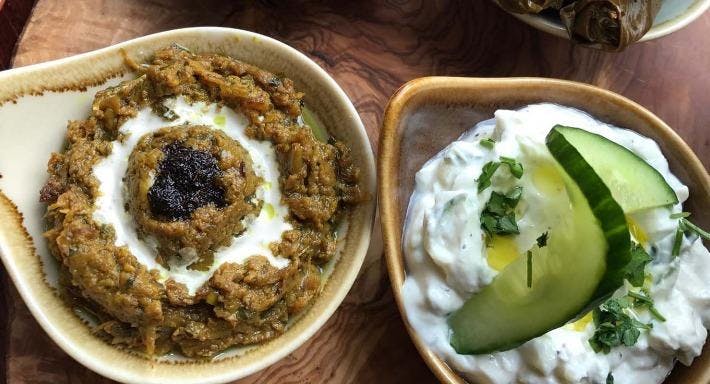 About Banu @ The Colonnade

The Colonnade is one of London’s premier boutique hotels, located in Maida Vale – one of the capital’s premier districts. Along Warrington Crescent, just a short walk from Warwick Avenue underground and the picturesque canals of Little Venice, The Colonnade is home to more than just opulently appointed rooms. It also houses a restaurant specialising in sumptuous meals that take in European, Mediterranean and international cuisines. What’s more, you can get a classic British Afternoon tea here, too.

Green and black olives marinated with herbs in Persian style

Excellent food and service...will be back. A good restaurant attached to a boutique hotel which just needs to have better signage as we missed the entrance and went to thr hotel reception by mistake.

More about Banu @ The Colonnade, London

The Colonnade is a four-star boutique hotel housed across two Victorian residences in London’s beautiful Maida Vale. Even better, The Colonnade is to be found along Warrington Crescent, in the Little Venice area of Maida Vale, just a short walk from the peaceful, barge-filled canal network that inspired Lord Byron to coin the neighbourhood’s nickname. Famous guests of old included Sigmund Freud, who most certainly enjoyed lying down on the hotel’s many plump couchettes. Genius mathematician and long-forgotten war hero Alan Turing was born here. More recently, celebrities such as Christian Slater, Liam Gallagher, composer John Adams, and Woody Harrelson have registered their names at the front desk. And you can be sure they’ve enjoyed the delicious meals on offer in the hotel’s restaurant.

A concise, carefully chosen wine list greets guests when they first take their seats in The Colonnade’s luxurious restaurant, whose premises along Warrington Crescent are open to guests and the public alike. There’s less to choose from than in many restaurants with a more down-market feel, but this should only indicate the discernment at work behind the scenes at this Maida Vale boutique hotel. The range of starters and mains are similarly curated, with a tidy selection of international dishes to choose from. To begin, you might choose from fleshy, stuffed portobello mushrooms, or go for something a little more exotic. Mediterranean cuisine is prominent here, with a mezze platter for sharing, halloumi pomegranate salad, and a pandan leaf-wrapped marinated chicken dish takes its cues from Thai cuisine. Mains at this premier London hotel’s restaurant include lamb and chicken skewers, a pomegranate-marinated chicken dish, and the Colonnade’s special homemade cheeseburger. Seafood fans are advised to try the Colonnade’s signature swordfish, or the far-from-enigmatic Alan Risotto – a simple take on the Italian classic involving pumpkin, wild mushrooms, and parmesan. The Colonnade represents more than a little bit of culinary class in London’s Little Venice.