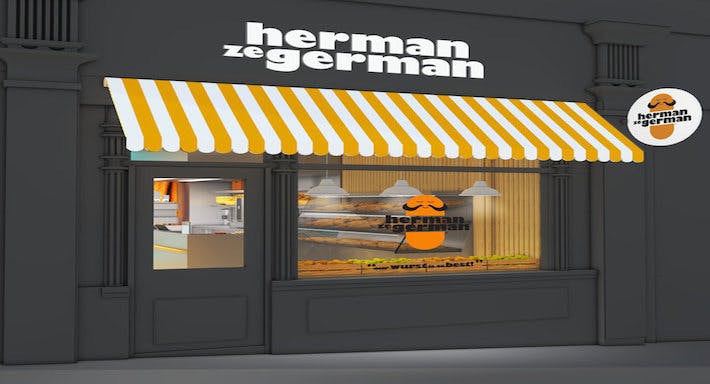 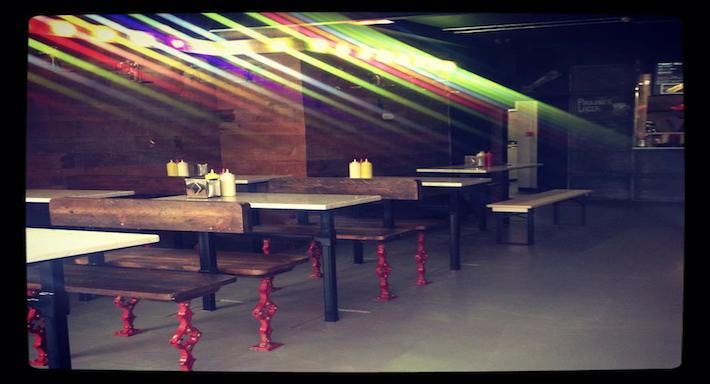 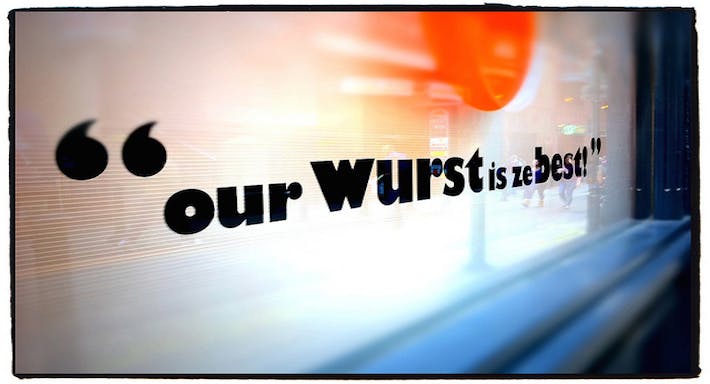 Herman Ze German in Soho was born out of a need for quality German sausages in the UK. Anyone who has travelled to Berlin or elsewhere in Germany will probably be acquainted with the dirty yet delicious dish known as currywurst already, which consists of a grilled Bratwurst covered in tomato sauce and curry powder. Having missed these bad boys for far too long, the skilled team behind Herman Ze German Soho on Old Compton Street decided to bring them to London with great results. When dining at the Soho outlet you can top your currywurst with everything from sauerkraut to jalapenos and from pickled onions to sweet chilli mayo, and every sausage is high-quality, gluten-free, lactose-free and without a cheap cut of meat in sight. Now, how d’ya like them sausages?! Head to Herman Ze German Old Compton Street armed with a reservation.

Very welcoming staff - we had a large group and the space reserved for us was perfect. Food excellent and good value, many thanks.

Great on the go meal. Yummy and cost effective. My little boy loved it and whatever we could not finish we took home. Most excellent place mummy and daddy enjoyed a beer as well.

The best sausage I had in a long time. The chips were amazing too - thin and super crispy. Would definitely recommend and go again.

Herman Ze German Soho really isn’t messing around when it comes to authentic, no-nonsense German cuisine. This London restaurant located on Soho’s Old Compton Street has a menu that features all the German dishes you could ever dream of. If you like a bit of sausage as much as the next person, you have to go for currywurst with fries served the proper way, but rest assured that whatever you choose at Herman Ze German Soho has been handmade by a German butcher called Fritz.

First thing’s first, you have to pick which sausage from the Herman Ze German menu is the perfect one for you. The traditional bratwurst is a pork and veal combination, the smoky pork bockwurst is a big hit with Soho foodies, the chilli wurst made with smoked beef makes a nice change, whereas the vegan wurst made from seitan makes an excellent choice for veggies or vegans, obviously. Then all you have to do is choose how spicy you want it to be before adding all manner of extra toppings to customise your Herman Ze German Soho currywurst just right. Herman Ze German Soho also offer some excellent schnitzel options, dressed fries piled high with cheese, crispy onions and homemade sauces as well as some incredible specials which change regularly. So next time you need your bratwurst fix around London, grab a table at Herman Ze German Soho and prepare to indulge!