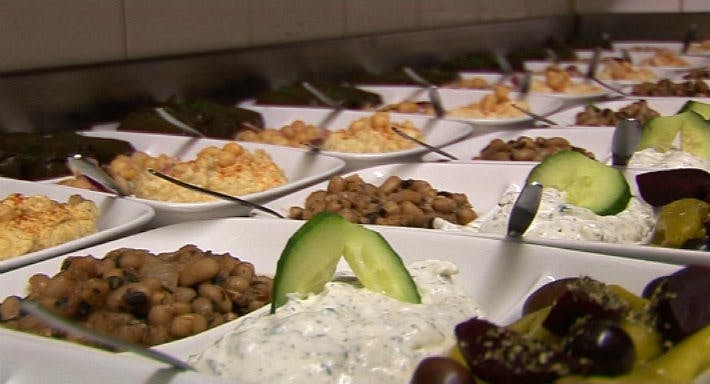 About Bouzouki By Night

More about the restaurant: Bouzouki By Night

Hidden down beneath Princess Street in Manchester city centre, Bouzouki By Night has slowly and surely made itself into a Manchester institution. 25 years since they opened their doors, their unique combination of Greek-themed dinner, drinks and dancing keeps the punters coming back. What they lack in sun and sand they make up for in atmosphere, and the plates just keep coming and coming – whether you eat off them or smash them is your choice to make...

Does the restaurant Bouzouki By Night serves Greek food?

Does the restaurant Bouzouki By Night has Outdoor seating?

No, the restaurant Bouzouki By Night has no Outdoor seating.

Thinking about making a Bouzouki By Night booking?

Manchester’s city centre culinary scene offers a world tour of food, from the Indian extravaganza that is the Curry Mile to the neon and noodles of Chinatown. Few places though, can claim to go the whole nine yards of cultural integration as Bouzouki By Night. They take their set menu of Greek mezze classics – souvlaki, gigantes, dolmades and the like – and serve it up to all comers in their basement restaurant below Princess Street. After the meal, the band comes out and the chairs get pushed to the side, allowing the sated diners to strut their stuff to traditional Greek music until late into the night.

The dancing and music may seem like a gimmick, but to the people in charge of Bouzouki By Night – and the hungry dancing diners of Manchester – it seems to be the perfect fit. Their menu is based around sharing, in the traditional Greek way, and the dishes arrive at the table in stages over an hour or so, allowing the wine and conversation to flow freely throughout the evening. Manchester city centre has some po-faced purveyors of fine foods, but this certainly isn’t one of them. Bouzouki By Night serves up some superb Greek cuisine, but the food is just part of the experience. Book a table now to avoid disappointment.