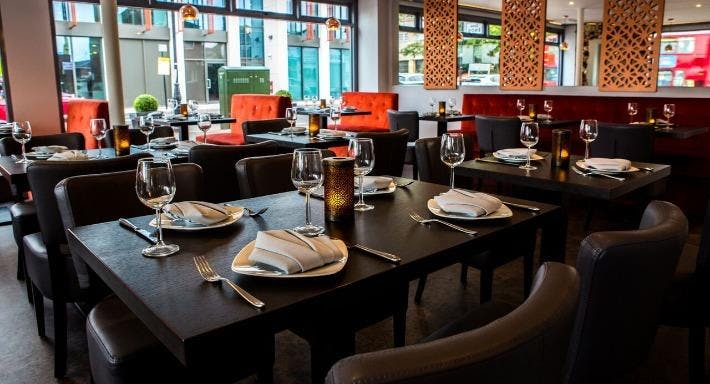 More about the restaurant: Laguna Restaurant

There are plenty of Indian restaurants in London, and the competition between them is fierce to say the least. So when we tell you that Laguna Restaurant has been in operation on Uxbridge Road in Ealing since 1984, you know that it is a huge recommendation in their favour. They bring the finest in North Indian cooking to this part of West London, so let us talk you through a few of the dishes to which you can treat yourself at Laguna Restaurant. Begin with a few veggie starters – samosas, paneer from the tandoor, onion bhajis – before indulging in a classic curry from their selection. Spice specialists will go straight for the madras or vindaloo, while the more lily-livered can take advantage of the Lucknow style chicken korma, in a cashew nut sauce. You can be sure of a great Indian meal in London when you make the trip out to Laguna in Ealing – West Ealing overground is the stop you need – so book a table and head on over.