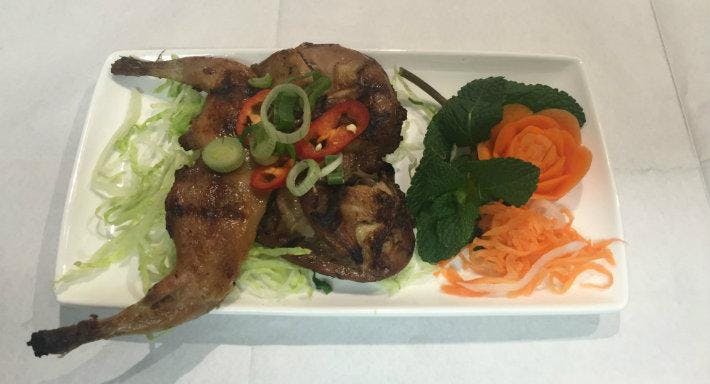 More than a new feature in the London Vietnamese restaurant landscape, Pho Saigon is a shining light for refined Southeast Asian dining. Quintessentially Vietnamese, Pho Saigon’s signature dishes are the eponymous soups, pho, that have long been a default dish when London is looking for delicate and satisfying flavours. A restaurant with a difference, Pho Saigon’s Bond Street address in Ealing belies the stereotype that Vietnamese means hole-in-the-wall, diner-style atmosphere. Here it’s far more upscale, and this carries through to the fantastic food on offer, too.

The origins of the famous Vietnamese soup that gives Pho Saigon its name are murky, but it’s generally agreed that the dish originated in North Vietnam in the early 20th century and was popularised around the world by refugees. Certainly in London it’s a Southeast Asian speciality that’s on the tip of every foodie’s tongue, with East London’s famous Pho Mile strewn with restaurants offering the dish. Out west in Ealing, Pho Saigon is set to raise the bar for Vietnamese cuisine, with no less than ten types of soup covering pho and its lesser known cousin bun bo Hue, a spicy soup associated with the town of Hue.

There’s more to Pho Saigon’s menu that just soup, though, with dishes running the gamut of Vietnamese cuisine. Starters include goi cuon summer rolls filled with salad, noodles and your choice of prawn, pork and prawn or vegetables, banh xeo Vietnamese pancakes, and exotic entrees like grilled quail with pickled carrot and sweet chilli sauce. Other main courses at this top-ranking Ealing restaurant include a range of bun dishes that make use of fine vermicelli rice noodles, bowls of steamed rice heaped with grilled pork belly and Vietnamese curries, and traditional desserts and drinks. Find Pho Saigon down Bond Street, close to Ealing Broadway overground station.