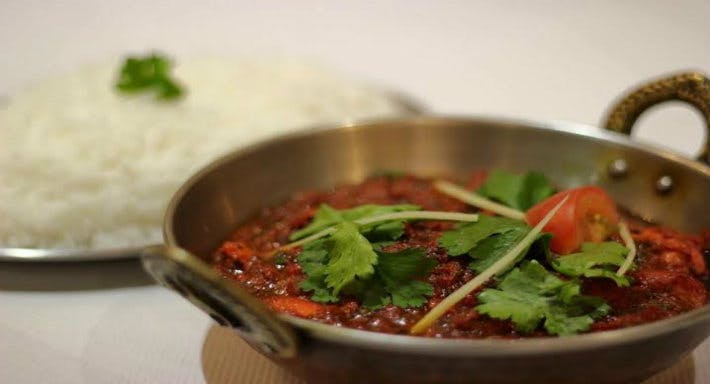 Ladies and gentlemen, please put your hands together for Namaste Nepal, who’ve introduced Manchester city and West Didsbury locals to some of the finest Nepalese and Indian cuisine in the region. Thanks to the decades of experience shared by master chefs Chandra Kumar KC and Dhurba Dangol, the a la carte menu of undeniable Himalayan classics can be tailored and spiced according to taste. Special offers abound at this Burton Road restaurant, too, if you happen to need something to give you a leg up as you begin your ascent to the lofty peaks of this unique eatery’s offering.

Manchester is awash with South Asian curry houses, but it seems that the less well-known traditions of Nepalese cuisine are finally rearing their heads above the cloudline and making themselves known to the city’s adventurous foodies. Namaste Nepal’s menu is indeed a salve for tired palates, even those that have permanent nerve damage from thrill-seeking for the hottest vindaloo in town. West Didsbury locals have been coming to Namaste Nepal’s Burton Road premises for years, and it’s high time that the rest of Manchester twigged to this restaurant’s peerless offering.

Namaste Nepal does have brilliantly prepared Indian dishes on its menu for when you drag your stubborn, proud, curry-loving better half to this West Didsbury restaurant for something other than a run-of-the-mill balti. And of course there is a deep culinary dialogue going on between India and Nepal. But it’s the special regional delicacies that created at this Manchester Nepalese restaurant that really stand out. Start with momocha, a traditional Nepalese dish of steamed mincemeat pastries served with a spicy sauce (interestingly enough, a similar kind of dumpling can be found in neighbouring China), or the fiery chwela, dry-grilled lamb or chicken with Nepalese herbs and spices. The Nepalese mains follow the same pattern, with a whole lot of high-altitude spice drawing crowds to Namaste’s Burton Road premises for the chance to sample something absolutely novel.