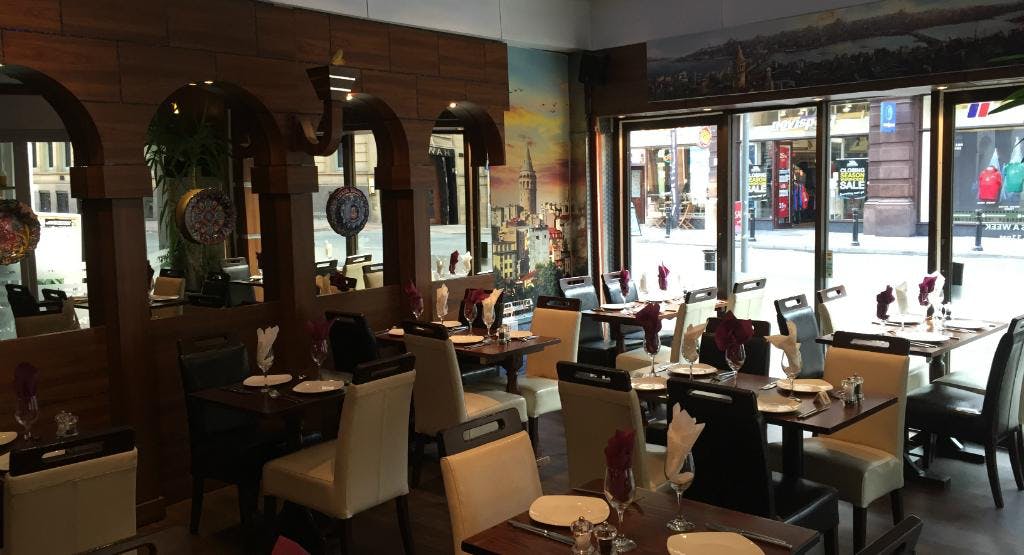 Topkapi Palace Manchester – on Deansgate in the heart of the city centre – is nothing short of an institution. They’ve been grilling since 1979, and having just moved premises to accommodate their ever-growing customer base, they seem to be going from strength to strength. It’s easy to see why, as their take on traditional Turkish cuisine, from doner kebabs to mezze and all in between, in unparallelled is perfect for the pre-theatre (or post-pub) crowd.

For a city centre restaurant to still be in business after nearly 30 years is an achievement. For it still to be growing after three decades is nothing short of astounding. In the case of Topkapi Palace Manchester, it might be astounding but it certainly isn’t surprising, given the warmth shown by the Manchester public to this Turkish institution on Deansgate. Their secret? We don’t think that there is one. Just quality food and friendly service, time and again, dished up morning, noon and night.

Their menu is everything you would expect from a city centre Turkish restaurant. When they began as a corner kebab house in 1979, they stuck to the basics of grilled meat, served to go, but as their popularity has grown and grown, they have expanded to include the full repertoire of Turkish cuisine. Mezze, hummus, moussaka and more abound, and Manchester’s foodies can’t get enough, whether they be part of pre-theatre crowd heading to the Opera House and the Bridgewater Hall, or part of the Deansgate tornado at 3am, simply looking for that essential kebab.