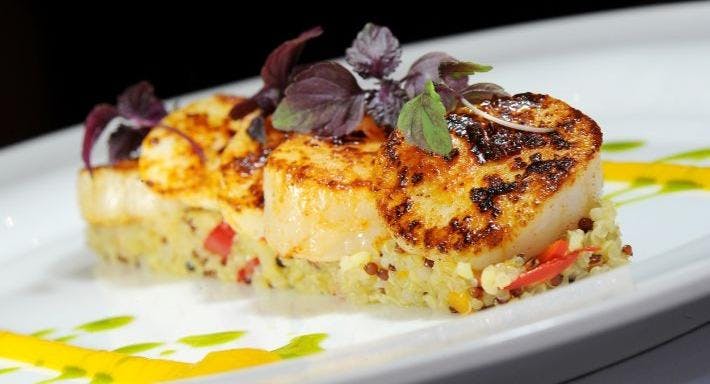 Westminster is not short of fine dining establishments. In fact, there’s a real glut of very expensive restaurants in the area. However, if you’re in the market for very good food without the SW1 price tag there are far fewer options. Enter Osteria Dell’Angolo, an Italian restaurant moments from the Houses of Parliament, the Abbey of Westminster and the Queen Elizabeth II Conference Centre, off Horseferry Road on Marsham Street.

There are few postcodes in central London likely to evoke the image of crisp tablecloths and severe service than Westminster, SW1. And yet there’s a restaurant bucking the trend for over-priced and under-delivering restaurants in the area. Osteria Dell’Angolo off Horseferry Road on Marsham Street, over the road from the Home Office, is offering excellent, contemporary Italian food, led by head chef Massimiliano Vezzi. The restaurant is set in elegant surrounds befitting the restaurant’s location, but without the hefty price tag that’s haunts so many of the areas good restaurants. Diners are choosing Osteria Dell’Angolo for its superior food and unpretentious attitude to good food.

Head chef Vezzi began his culinary journey in Italy before moving to London, lured by the cosmopolitan restaurant scene in the capital. He cut his teeth cheffing at big name kitchens like Al Duca and Latium. As such, his menu is a fitting tribute to the best in contemporary Italian cuisine in London. Try coda di rospo arrosto avvolta in guanciale con borlotti e spinaci (roasted monkfish wrapped in cured pork cheek with traditional Italian borlotti beans and spinach) to get a sense of the skill in the kitchen. This is a serious restaurant with a serious chef at its helm, and as such the wine list is appropriately stocked for a fine dining establishment. Osteria Dell’Angolo on Marsham Road in Westminster is open for lunch service during the week from 12pm-3pm and for dinner Monday-Saturday from 6pm-10.30pm, a reservation is recommended, especially for dinner.