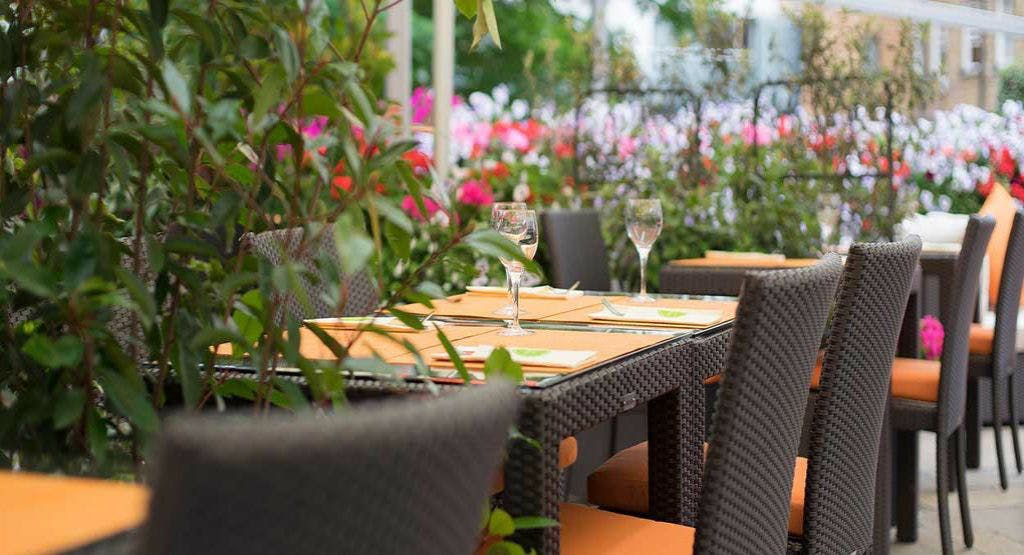 Summer in London, when it finally arrives, is a wonderful thing. For a few short months (and sometimes, let’s face it, weeks) the sun shines on the capital and Londoners can discard their jumpers and jeans and soak up some much needed vitamin D. And for those in Belgravia on Lowndes Square, there’s the perfect spot to drink in the rays. On the terrace at the rear of the Jumeirah Hotel of which it takes its name, The Terrace Restaurant is an oasis of calm in SW1.

From April through until the end of summer, The Terrace Restaurant in Jumeirah Hotel opens its doors to guests hoping to dine al fresco and in style. Serving British and specialty international cuisine, as well as a fine selection of handcrafted cocktails and a huge range of wines and beers, this summertime restaurant is a firm favourite for Belgravia’s well-to-do locals. For those in the know, The Terrace is probably the place in London to get traditional barbequed dishes, with head chef Martin Gabler named runner-up in the British BBQ championships in 2012.

The Terrace Restaurant, hiding behind the Jumeirah Hotel on Lowndes Square in Belgravia, while a summertime-only affair, has some semblance of practicality to it. The restaurant is, for example, completed covered because the British weather is notoriously unreliable. Hence, there’s no need to fear if you’ve got a reservation of an after work drink or a lunchtime snack at The Terrace, the show goes on whatever the weather. Sophisticated diners are heading here for superior BBQ, drinks and a moment of calm in the city, join them anytime in the summer from 12pm.