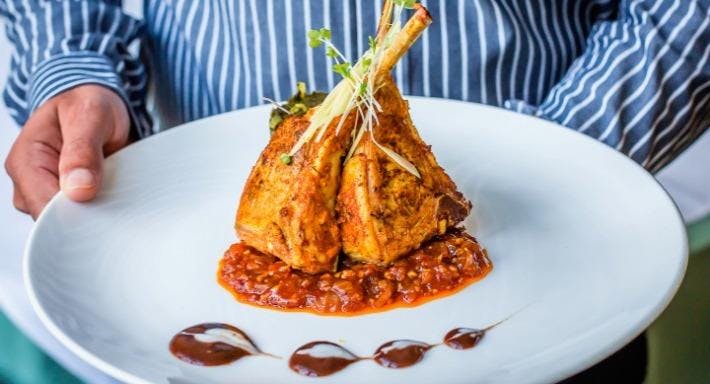 Plan your next meal:

One is never that far away from a great Indian restaurants in the UK, and from the top of the country in Scotland to the very bottom coast in Southampton, the standard is broadly superb. Is it world class though? Well, we’re not sure about every restaurant, but if you’re in Southampton and want a world-record Indian meal, then you need to head to the High Street and Bayleaf Kitchen. Their chef, Mukesh Sharma, is responsible for the world’s largest naan bread, cooked for charity back in 2014, and the rest of his fare is similarly spectacular. The menu at Bayleaf Kitchen is filled with Indian classics, from tandoor-fresh kebabs to begin, fried favourites such as samosas, aloo tikki and papdi chaat and vegetarian specialities that are sure to excite your whole party. Throw in a huge repertoire of curries, biryanis and house signatures – the dhaba gosht, with lamb on the bone cooked in a sealed pot, is particularly good – and you’re onto a world record winner at Bayleaf Kitchen. Book now.