The Fountain at Clent 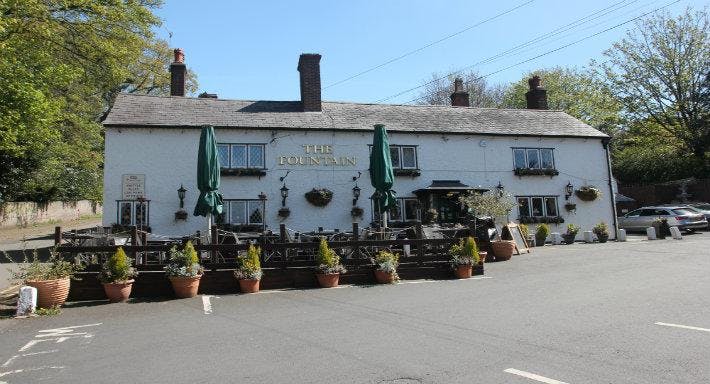 About The Fountain at Clent

A trip into the British countryside is never complete without a pit-stop at the pub, and if you’re in the Worcestershire area, then The Fountain at Clent is as good a place as any to call in. Their location on the outskirts of Stourbridge is easily reached from Birmingham and further afield, and when you arrive at Adam’s Hill in the village of Clent, you will be met with an array of dishes and drinks from Britain and beyond that will make the journey into the countryside worthwhile. Make your reservation, pack up the car and get yourself over to The Fountain.

The West Midlands was once the inspiration for Mordor in Middle Earth, with factories and smoke, but here in the Worcestershire country village of Clent, the feeling is a little more Shire than Sauron. The Fountain on Adam’s Hill offers a feeling of the old days on the outskirts of Stourbridge, with a menu packed with British and international classics and a bar stocked with a regularly-rotating selection of cask ales, a full wine list and plenty of spirits to boot.

The usual menu at The Fountain at Clent is populated by meaty British favourites – lamb pot roast, beef wellington and steaks – as well as a few veggie and fish options, but it is the specials that we think are, well, special. Head to Adam’s Hill in Clent for their superlative Sunday Lunch, served with all the trimmings, of course, or even for a game of traditional skittles – their skittle room has its own special menu all of its own. Visit Richard and Jacqui at The Fountain for a proper British feed, just outside Stourbridge.